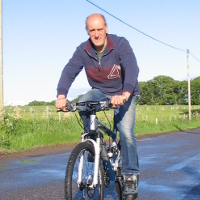 Mike was born and brought up in the south-east of England, until going to university in London. After graduating he moved to Newcastle then took up employment in Zambia for three years. Since returning from there his employment as a geotechnical engineer in the construction industry has taken him to live in Linlithgow, Wendover, Lichfield and Ripon. Redundancy led to a move back to Scotland in 2004, settling in Rhynie in 2008.

While working as a self-employed website designer, Mike has also been involved with the Huntly Business Association, serving as Secretary and Treasurer, and with the annual Huntly Hairst Festival. He has also spent some time as a group leader for long-distance horse trails, leading riders across Wales and Scotland. Now retired, he is free to concentrate more time on his mountain biking, being a foster carer and work around the home. 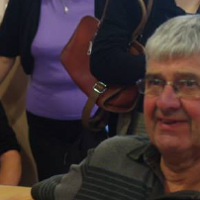 George was born and brought up in Rhynie into a Joiner/Farming enterprise family that was established before the turn of the last century. He left school at 15 and joined the family firm as an apprentice joiner eventually taking on the business with his brother in 1984 and more recently with his son Brian.

A close family unit, the 'Beverlys' are synonymous with Rhynie with the core of the family still living and working here, whether that is on the land or as craftspeople. George has been involved with Rhynie Gala from its inception, mainly as Vice Chair, but his involvement has meant the facilitation of on the day logistics. Also a member and past Vice Chair of Noth Community Council gives George the insight into the day to day running of the not seen elements of community life.

He is one of the drivers and founding member of Rhynie Charitable Trust. George has an easy going charm and manner and is underpinned by the efficiency of his wife Phyllis and his daughter Alison... 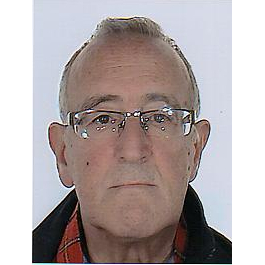 Born in 1943, Colin lived the first 30 years of his life in Yorkshire. Taking up employment in the oil industry, he moved to Norway for 4 years before returning to the UK. He worked in the oil industry for 32 years, moving to Aberdeen in 1983. He finally retired in 2005 and lived in Spain for 8 years, returning to live in Rhynie in 2014.

Colin has 2 daughters and 3 step-daughters. While in Aberdeen he became chairman of the British Tenpin Bowling Association(Youth section), travelling with them to all European and World Championships including the Phillipines and Venezuala. 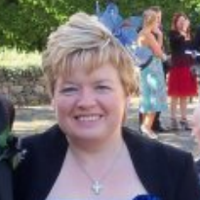 Averil is the lady that keeps RCT running smoothly. Working in the Finance industry since leaving school at
17 her career has taken her from office junior to Investor Services Team Leader. The dry sounding title
belies the wealth of talent and experience that Averil has. This includes accounting, colleague management,
organisational skills, customer contact and being able to work through problems in a calm and professional
manner. More impressively Averil has also brought up her 2 boys and has worked with and supported her husband Brian, who is a chef, in his ventures in the hospitality industry whilst still embarking on her own career.

A resident of Rhynie since 1992 Averil has been an active supporter and volunteer with Rhynie Gala. From flipping burgers to organising the very successful Thursday marquee fashion show and food fayre event at the Gala her
talents are wasted on the banks..... 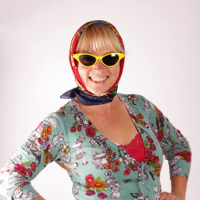 Debbi moved into Rhynie as a blushing bride in 1990 having seen a cottage with a picket fence and roses around the door. Having had her family and being involved as playgroup leader and nursery assistant at Rhynie School and as Rhynie Gala Secretary for a time, Debbi decided to go back into education and studied Fine Art, initially at Moray College, but finally achieving her degree in Sculpture from Grays School of Art in 2005.

She has worked ever since as a community based/socially engaged artist having had residencies with Deveron Arts in Huntly and taken on many projects with schools around Aberdeen and Aberdeenshire.

More recently she is the co-founder of 'Rhynie Woman'. This is an artist collective based in Rhynie itself with the aim of promoting Rhynie to it's full potential. Taking an artistic approach towards the local landscape, history, culture, produce and food. This manifests itself in a series of events which include a pop-up coffee shop, providing hospitality to Archaeologists from Aberdeen University, making unique Rhynie souvenirs, the commission of an information map of the area, inventing recipes from locally foraged food, to name a few initiatives.

Debbi's other interests include spending time with her husband and family on board their boat and less exhausting, running after her collie Archie up Tap 'O' Noth......