Rhynie Charitable Trust has been brought into existence to bring something different and financially worthwhile to Rhynie - working through the existing community organisations, clubs and groups in the village including the Gala Committee.

As the “Ltd” on the end suggests, RCT is already a Company and, amongst other things, because it is set up as a company, it has access to funding from outside the community e.g. from the Lottery as well as other charities and local and national Government.

RCT also plans to undertake or sponsor a limited number of commercial activities which would allow this support to the community to be financially sustainable in the longer term. It should be noted here that any such commercial activities will NOT aim to be in competition with existing or potential businesses in the area. Rather these will aim to complement existing enterprises in the sense that for example making Rhynie an attractive visitor destination and a more vibrant location and hence desirable place to settle will ultimately benefit existing providers of goods & services.

As examples already RCT has provided funding to allow start-ups for the undernoted:

In addition to having the role as described above, RCT hopes in the future, when there is a need expressed by the Community as a whole, to acquire existing premises and land in Rhynie which would ultimately become a “Village Hall”.

However initially this would be developed as the physical centre for all relevant current and future activities by the Community e.g.

- providing facilities and resources for community & voluntary organisations such as playgroups, uniformed organisations, youth & the elderly

RCT aims to be the overall structure which will coordinate the Community’s efforts to raise funds as well as to develop and manage initiatives, projects and programmes. These efforts will be in cooperation with individuals and organisations in the Community, as well as the wider public or private sector, which are capable of assisting RCT to achieve its objectives. You will see that RCT is a Charity as well as a company which gives it some advantages over non Charities.

The outline Charitable Objectives of the Company are to:

- “...plan and encourage measures that will be of recreational, social, educational and/or environmental benefit to the Community and the public generally...”

A survey was carried out by the Trust to obtain the views of the community with regard to the development of a village centre. The results are available to download here. 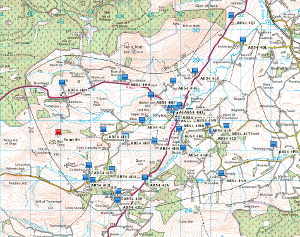 RCT aims to be an enabling body within the village and its surrounding area, as defined in the Memorandum and Articles (see the map of our area). As such it intends to raise funds wherever possible to facilitate projects for the benefit of its members and the local residents.

We will not always be the promoting organisation for these projects. We would like members, residents, and local organisations to bring forward suggestions or proposals for suitable projects which they would like to see instigated. We may be able to secure funding to help with a project or provide a small grant from our own funds to assist. If we are not able to provide funding, we may, instead, be able to help by providing advice, or other contacts able to advise, to allow people or organisations to further their ideas.

We will also organise events in the village for both the enjoyment of residents and also to raise money to allow us to continue to achieve our aims.

So, if you have a project you would like to see brought about, which you think would be of benefit to the village and its residents, please contact us to discuss what might be possible.

Whilst not strictly part of RCT nor one of our projects there are other groups in the village with whom we have close working relationships.

For more information go to RhynieOnline or their Facebook page.